OCTOBER 4TH, 2015, PRIVATE RESIDENCE, FLAGLER BEACH FLORIDA
Flagler Beach Florida is a nice beach side town.  Down a quite side street is a older home, recently remodeled.  The quaint Mediterranean style home is owned by a whimsically sweet lady who is
also a close special friend to me.  She owns an art gallery called "Lady by the Sea"  and all her paintings are beautifully abstract and very unique.  She shares her home with a dear and departed friend
who in life, was like a sister to her.   As we investigated we discovered the spirit likes to visit occasionally with the homes resident. Utilizing our equipment she eagerly wanted to convey a message of
​    endearment  and guidance to her friend.  We love this type of investigation and the evidence we were able to obtain validates that some friendships really do last forever!
WEEMS-BOTTS MUSEUM, DUMFRIES VIRGINIA, MAY 22, 2015 INVESTIGATION
The house originally served as the vestry for the Quantico Church.  An addition was later added to the home, but the original part of the house is considered to be a true example of 1 and 1⁄2 story
building. The home was restored in 1975 as part of a bicentennial U.S. restoration project and now operates as a museum.  Parson Weems was a clergyman from Maryland and is a well known author
of books.   One of his most famous works is a 80 page booklet that documented the life of George Washington and  the "I cannot tell a lie, I did it with my little hatchet," story. Weems also wrote
biographies on  several other famous personalities in history including Benjamin Franklin.  The Weems-Botts Museum is notorious for being  haunted. In 1869 a man named Richard Merchant, his
wife Annie, and his two daughters Violet and Mary moved into the house. Mary had epileptic seizures and because little was known about this disorder, at that time, she was locked in an upstairs
room to keep her safe and from the prying eyes of others until her death. Her father Richard proceeded her in death, only a few months later.  The oldest daughter Violet, who had already fallen in
love and moved away before her father's death, had  to  forgo her own life and move back home to care for her mother, Annie.  Violet ended up living a lonely and unhappy life with her mother until
her mother died in 1954. Her mother was 98 years old when she died. Violet died thirteen years later in 1967.  Strange paranormal occurrences started happening when major restoration began in 1974.
We were given permission to investigate the property May 22, 2015.  We did a day light investigation, during operational hours of the museum.  We believe paranormal doesn't have a preference and
things occur in the day time as well as they do at night.  Our investigators had personal experiences during the investigation.  Our guest investigator, Rogena Smith was partial to Mary's upstairs
bedroom nearest the dining area and Hide and Seeks Teresa McLean was drawn to the second upstairs bedroom nearest the family room. She believes a previous border likes to roam and shows his
presence in that room.  Teresa observed a shadow slide across the floor under the bed, into a closet in the bedroom of Mary and the doorknob of that same closet jiggled.  Our DVR system was
damaged on the road trip to Virginia and could not be used to capture video simultaneously. Instead we had to use our laptop to capture video as we investigated each bedroom.  The view was limited
and we did not capture the shadow nor the doorknob jingle movement, but we could hear the knob on audio.  We did get several EVP's from voice recorder and video audio from the laptop.  We also
got spirit box EVP's.  The entire investigation is available for viewing on our YouTube channel.  We would like to shout out a big thank you to Weems-Botts Museum for allowing us to investigate their
amazing historical property.. I highly recommend that if you ever get the change to visit the museum, please do so, it is a beautiful place to tour and investigate...  It was an Awesome investigation!!

SHARED INVESTIGATION WITH SOUTHEASTERN PARANORMAL INVESTIGATIONS, APRIL 5, 2015
Private residence in Ocklawaha, Florida.  Family was experiencing some unusual activity and we were invited by SEPI, our new friends from Ocala, Florida to join them on this investigation.  My
team feels the male spirit is a passed family member and harmless. We do think there was a female spirit present too and also harmless.  They just wanted their presence known is all and the male
spirit is watching over the kids.   Posting the audio captured so that the members on the SEPI team can review it from our site.  We sure enjoy spending time with this team.. check it out...﻿﻿﻿﻿
OLD COLBY MUSEUM, CASSADAGA FLORIDA, FEBRUARY 21, 2015
There were 3 Hide and Seek members present and 1 special guest investigator, to total, 4 all together.  The home use to be the original George Colby Museum and now is a private residence.
We did get flashlight, spirit box and voice recorder responses, but no visual video evidence caught.   Upon arrival both Teresa and Rhonda felt drawn to the bedroom window facing the front door
towards the porch.  We felt a presence standing at the window, looking out upon us as we entered the property.   We got the feeling that two spirits were present.  One was male and one female.  The
female was a young woman between the age of 16 or 17.  The male spirit communicated mostly through the spirit box sessions and the female came through during both the spirit box and  dousing rods
sessions.  It is our opinion that neither spirit are of negative energy.  History details... Cassadaga is an Indian word meaning "Water beneath the rocks."  The town was founded by George Colby who
was a New York Spiritualist.  During a seance, one of Colby's spirit guides advised him to travel south to Florida, which he did in 1875.  He purchased 35 acres near this location in 1894 formed the
Southern Cassadaga Spiritualist Camp.  Later the camp received additional acreage which expanded the location to its current 57 acres.   Fire destroyed the Cassadaga Hotel, catty corner this property
in 1926 and the hotel was rebuilt and reopened in 1928.   It is also rumored that the founder George Colby had TB when he arrived in Florida and it is claimed that a small stream located on his property
provided an elixir that miraculously healed him.  The small town is now on the National Historical register and is made up with many older cottage type homes.  There are several gift shops and some
​    of these homeowners offers spiritual services.
CALVERT TEXAS, SUMMER OF 2014 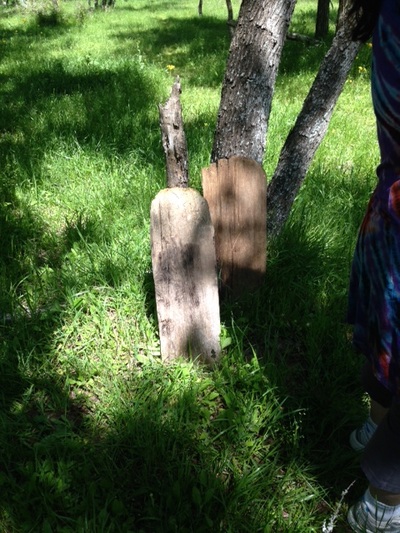 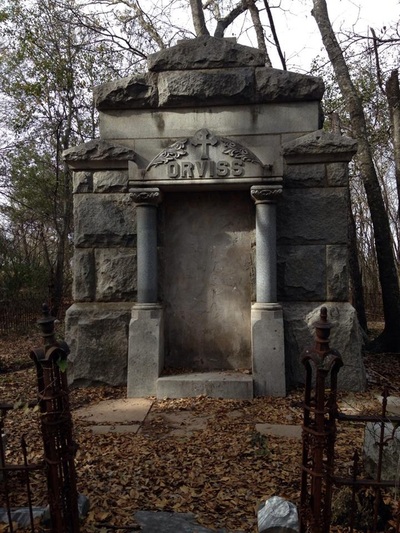 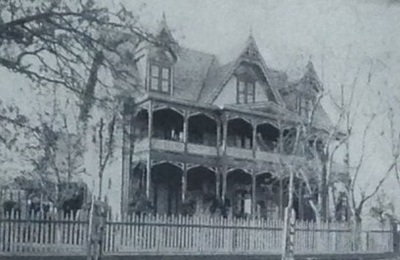 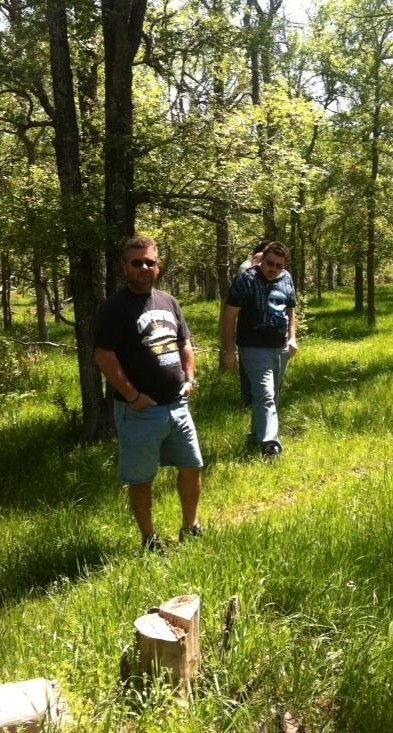 Steve and RJ in the cemetery 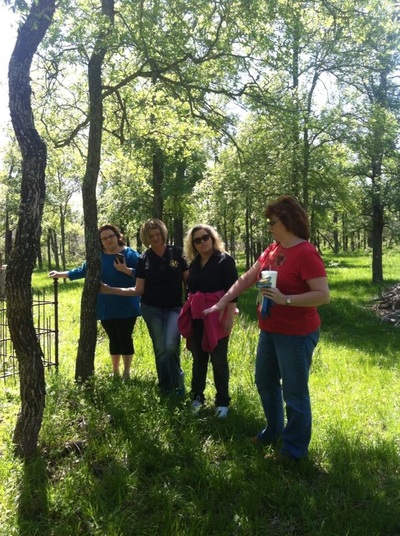 Teresa with Rhonda and Regina, other independent investigators 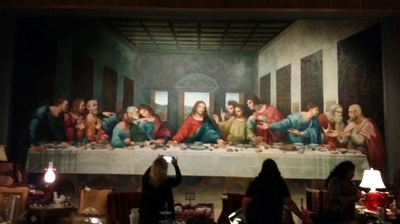 nice find.. this was painted in a old barn at the plantation house.
Robert Calvert owed a plantation west of this town, founded in 1868.  Calvert prospered in 1871 due to having the largest cotton and cotton gin in the world, but in 1873 yellow fever killed most of the
community.  Other devastation included a flood in 1899 and a fire that destroyed Calvert' business district. Lots of history here and many independent investigative teams enjoy providing tours and
​   investigations in this historic town.
CHRISTMAS, OUR HOME, 2013 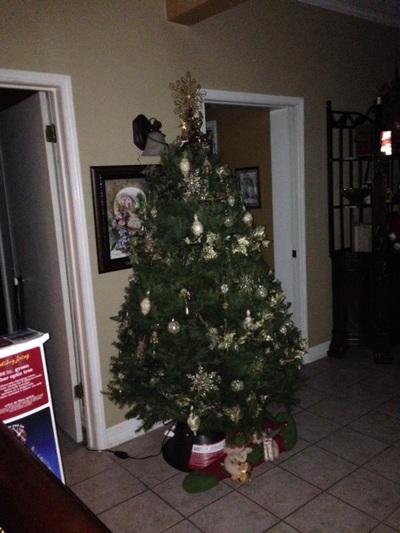 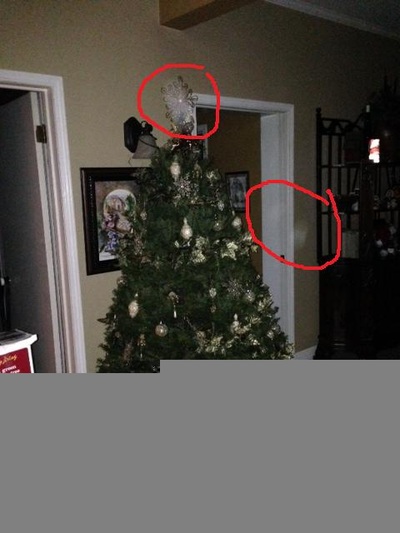 they start running out of my hallway and circling tree.. I saw with naked eye also 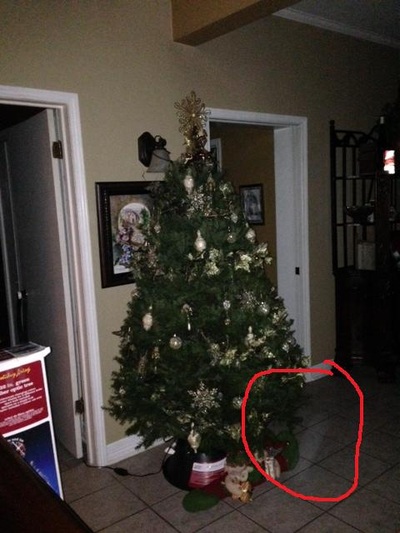 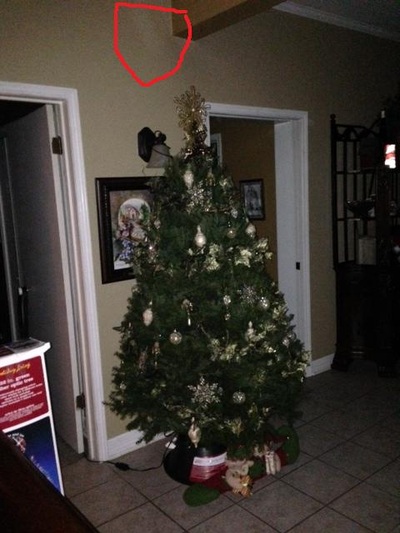 top of tree up the wall then dissapeared
My home in Little River Texas.  This house was moved onto the property long ago from Waco when the lake was built there.  Age of home unknown. The first day we lived in the house all the doors
opened up and the brand new alarm system installed that very day blared waking us up out of a deep sleep.  Many paranormal occurrence followed the entire seven years we owned the house.  2013
was our last Christmas there before selling the home.  I never experienced a real Christmas tree so we decided to get one this particular holiday.  Once the tree was up,  all of the sudden bright lights
came from the hallway and started circling the tree excitedly.  I started taking pictures to see if i could catch the lights with photography and here is the results.  I have evp's and other evidence that
​   suggests at least four or more spirits resided in the home with us.
Saturday, January 26, 2015,  Decided to do some spirit box communication in my home and got these interesting responses.
MISS HATTIE'S, BELTON TEXAS 2014
Miss Hattie's was built in the 1920's in Bell County, Belton Texas and is known to have been a former African American Brothel and speakeasy.  The property was rumored to have once dabbled in
the operations of moon shining.  I was invited to independently check out the property.  The main house is three stories up and these pictures come from that level.  I called out the madam herself
​   when I snapped these pictures.  The room pictured was rumored to be her bedroom....   Check out Miss Hattie's Place on Facebook, Owner Nikki Starks.